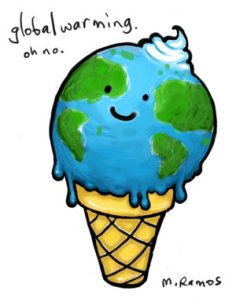 As promised to the listeners of WORT – FM”s Monday, January 13, 2014 “Access Hour” show on my proposed “positive financial incentives approach” to reducing greenhouse gas emissions from Wisconsin sources (also called “Conserve, NOW” ), listed below are the titles of the songs that were played during the program and their artists or performers. They are listed in the order played during the hour. I gave summary of the Conserve NOW proposal after the first song,”What’s Going On”, by Marvin Gaye, played.

As also promised, I will also post a transcript of what I said during the show, along with addition supporting information, in a subsequent post.

I am proposing to substantially increase the positive financial incentives for reducing annual miles driven, flying trips made during the year (none), and reduced  annual heating and electricity consumption that is obtained from burning fossil fuels. When I first made this proposal to my elected federal and state representatives in May 2000, individuals or families could earn up to a maximum sum of $8,400 by conserving energy.  Because of the lack of substantive action in Wisconsin and elsewhere to reduce annual greenhouse gas (GHG) emissions – GHGs accumulate in the atmosphere and oceans over time – and the growing poverty in Wisconsin, due to continuing unemployment, as well as underemployment (low wages) which has caused gross income inequality, yet (outrageously) continued reductions in government financial assistance. Therefore, it has become necessary to triple the maximum amount that can be earned by individuals and families living in Wisconsin under Conserve NOW to $25,200.

3. “The Last Resort, by Eagles (written by Don Henley.

4.  Lives in the Balance, by Jackson Brown.

7. Not of Seasons, by Mississippi Charles. Bevel.

All who care about preserving Earth for future Earthlings like us should call their representatives in the U.S. Congress and strongly recommend they object to the fast tracking this Pact for President Obama’s signature.

“If the environment chapter is finalized as written in this leaked document, President Obama’s environmental trade record would be worse that George W. Bush’s,” said Michael Brune, executive director of the Sierra Club.

“Environmental protections are only as effective as their enforcement provisions, and a trade agreement with week enforcement language will do little or nothing to protect our communities and wildlife,” said Peter Lehner, executive director of the National Resources Defense Council (NRDC).

The environment chapter leak follows a line of leaked texts revealing a bonanza of special rights for corporations proposed for the TPP.

In December 2013, HuffingtonPost published leaked documents revealing that the United States was bullying other nations into accepting some of the worst expansions of corporate power proposed in any international agreement.  A heavily-redacted memo summarizing countries’ negotiating positions on a variety of TPP chapters heading into the December 7-to-10, 2013 Trans-Pacific Partnership (TPP) ministerial in Singapore showed that the U.S. was behind pushes for new powers for corporations in the investment chapter, financial services chapter, intellectual property chapter and others.

An earlier “cheat sheet”-style chart from prior to the November 2013 Salt Lake City Round of negotiations contained additional information about countries’ positions.

Leaked text of the TPP investment, intellectual property, regulatory coherence and drug formularies chapters, as well as annexes to the Technical Barriers to Trade chapter, first published by Citizens Trade Campaign in 2011 and 2012, had already revealed the Office of the U.S. Trade Representative (USTR) pushing for a bevy of special rights for transnational corporations that would come at the expense of environmental protection, consumer safety and access to medicine.

An updated copy of the Intellectual Property chapter published by Wikileaks in November 2013 further helped to shine a light on this secretive pact.

Draft texts are said to exist for some 29 separate TPP chapters, but despite approximately four years of steady negotiations, none have ever been officially released for public scrutiny.

“Americans deserve the right to know what U.S. negotiators are proposing in our names,” said Arthur Stamoulis, executive director of Citizens Trade Campaign.  ”In the absence of transparency on the part of our government, we have a responsibility to share what information we receive about the TPP with the public.”

These leaked documents have enabled public interest groups, academics and individual citizens throughout the world to respond to the TPP with a much higher degree of specificity.
Source:  citizenstrade.org
0.000000 0.000000
January 16, 2014

A Senate committee of the Wisconsin Legislature held a public hearing Wednesday (Jan. 15 ) on a bill that requires two-thirds of Food Share benefits (food stamps) be spent on healthy food. The bill, which was authored by Rep. Dean Kaufert (R-Neenah) and has already been passed by the Wisconsin Assembly, requires that two-thirds of the Food Share benefits an individual or family receives in Wisconsin must be spent on “good, healthy staples”.

Democrats and anti-hunger advocates questioned why just people using Food Share are being told what to eat. Matt Stienstra from Hunger Task Force in Milwaukee said that focusing on recipients stigmatizes people in the program.

The Hunger Task Force is also concerned the changes would complicate the benefits program and negatively affect the elderly, many of whom are already hesitant to use Food Share.

Under the proposed legislation, the state would seek a federal waiver for a pilot program changing how Food Share dollars are spent. Similar proposals in other states have been rejected by the federal government.

The bill adds insult to injury to nearly 900,000 people in Wisconsin who received a cut in their food assistance benefits under the federal Supplemental Nutrition Assistance Program (SNAP) last  November. Those cuts reduced the food assistance by $89 million annually for Wisconsin’s financially struggling families, making it increasingly difficult for Wisconsin’s low-income population, including 1 out of 3 Wisconsin children (452,000 children), according to the Wisconsin Budget Project.. Children make up a large share of those who get help from SNAP in Wisconsin.

Access to full service grocery stores can also present problems for low-income FoodShare recipients buying “good healthy staples” because of their lack of access to an automobile or their not having such stores within reasonable walking distance or on affordable mass transit routes.  All in all, this bill appears to represent a mean-spirited attack on many families and individuals who are already suffering from poverty and a reduction in their FoodShare benefits in Wisconsin, including many of the state’s minorities and growing elderly populations.