UNIFYING PLAN FOR MITIGATING GLOBAL WARMING By Michael T. Neuman ——————————————————————————————-A Unifying Plan for Mitigating Global Warming, Moderating Climate Change, Conserving Energy, Minimizing Species Extinctions, and Slowing Sea Level Rise: Use the Green New Deal’s Carbon Tax to FINANCIALLY REWARD Individuals, Families and Businesses Who Contribute THE LEAST TO GLOBAL WARMING by DRIVING FEWER THAN 12,500 VEHICLE MILES TRAVELLED (VMT) PER HOUSEHOLD, ANNUALLY, WHO DO NOT FLY ANYWHERE DURING THE YEAR (FLYING IS A HUGE CONTRIBUTOR TO THE CLIMATE CRISIS), AND WHO USE LESS THAN THE AVERAGE QUANTITY OF FOSSIL FUEL DERIVED ENERGY IN THEIR HOUSEHOLD. THOSE SUCCESSFUL AT ALL THREE CARBON REDUCTION ACTIONS WOULD QUALIFY FOR A $6,000 ANNUAL REBATE TO USE FOR ANY NEEDS THEY MIGHT HAVE.

Name of Photo: “OUR BALL OF LIFE”Background on Development of this Proposal: Based on comments received on the Conserve, NOW Plan, which I authored as one of my duties while employed by the Wisconsin Department of Natural Resources (DNR) 1974 – 2006 to coordinate the review of the Wisconsin Department of Transportation’s (DOT) Long range plan for expansion and improvement of Wisconsin’s highway system, and the comments I received from a member of theMadison Citizens Climate Lobby, I have decided to simplify the process . who can demonstrate that they drove fewer (or no) miles with their own Peterson all motor vehicle over a year than 8,000 miles, as registered on their vehicles odometer over the year of enrollment.

The same could be offered to Wisconsin residents who choose NOT to fly anywhere in the world in a given year, with an equal amount of $2,000 per person. Finally, the household uses less fossil fuel derived energy (via coal, oil or methane burning), they would be entitled to $2,000 more in annual income supplements.

It’s as simple as that. There are laws in place that prohibit odometer reading tampering, and FAA records who flys out of each airport. The state’s utilities record annual energy usage by each household the supply with electricity and gas.

This program would ultimately save the state billions of dollar of environmentally destructive road and airport expansion, in addition to mitigating climate change costs and helping middle and lower annual income earners with sorely needed additional income. In the words of Dr. Martin Luther King Jr., “the time is ripe to be right”.

As Media Fixates on Trump’s Nominee to Supreme Court, His $716 Billion in Military Program Moves World Closer to Armageddon

Here are some of the companies and the countries where they are located:

President Donald Trump said: “We got $700 billion. And next year, already approved, we have $716 billion to give you the finest planes and ships and tanks and missiles anywhere on Earth. Nobody makes them like we do. And very, very far distant in this case—jobs are very important in all cases, but in this case, military might is more important than even jobs.”

He may as well have also said … more important than health care, than a stable income, breathable air, drinkable water, a livable planet for 7.7 billion + people, and growing, but so many of the suffering and on the verge of starvation.

[Madison] March for Our Lives draws thousands to Wisconsin Capitol 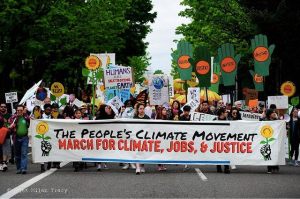 Our Federal, State and Local Governments Have Failed Us All, Big Time, on Human Caused Global Warming, the Many Increasingly Severe and Costly Extreme Weather Events Occurring this Century Already, and Projected to Continue Worsening Global Warming Impacts, Which Will Especially Affect Every Child Living Today, and Every Other Creature that Lives on the Surface Now and in the Future

Our country’s and other countries’ federal, state and local governments continue to be negligent by not sufficiently taking on the necessary actions to bring human-caused global warming and the countless impacts of global warming caused climate changes, extreme and dangerous weather occurrences, rising and changing oceans, lakes, rivers and the many regions of the world. Concerted and effective actions by all citizens of the world that will bring about the necessary reductions in emissions from all people, businesses, organizations, institutions and governments to protect all who live on Earth and future inhabitants of Earth. The actions are already late. However, the adage that such actions are “better late than never” most certainly applies since to continue adding to the already accumulating volume of those gases in Earth’s biosphere (atmosphere and water bodies) is most definitely going to amplify the negative and increasingly dangerous physical,social and economic changes to our world and planet.

A famous civil rights leader, who lived in the last century and who’s birthday is celebrated every January in the United States, and recognized as an official U.S. holiday, once said: “the time is always ripe to be right” (Dr. Martin Luther King, Jr.). That is equally applicable to everyone fighting global warming by reducing their daily, monthly and annual greenhouse gas emissions to a flat minimum, and without anymore delay!

27 large wildfires are burning across the West

More than 8,400 firefighters across the West battled dozens of wildfires Thursday that forced thousands of local residents to pack up families, pets and personal treasures to flee the advancing blazes.

Twenty-seven large fires were burning nearly 180,000 acres, the National Interagency Fire Center reported, as the region continued to pay a steep price for a recent, record-smashing heat wave that combined with low humidity and wind to create a perfect storm for wildfires.

AccuWeather Meteorologist Ryan Adamson warned that hot and dry weather through the weekend will only exacerbate wildfire danger.

“The only relief Mother Nature will offer will be at night when winds diminish and the relative humidity rises slightly,” he said.

More than 4,200 square miles have burned so far this year, almost the size of Connecticut. The number represents an alarming 30% more than 2016’s total year-to-date, and 2016 was an above-average year.

In Arizona, the Goodwin Fire about 100 miles north of Phoenix was one of six large fires burning across the state. Dewey-Humboldt resident Terry Thompson squeezed five people, four dogs and two cats into a 2005 Jeep Liberty not long after his wife, Angie, picked up the phone to hear the recorded evacuation notice.

Like hundreds of others displaced or left on edge by the 21,000-acre wildfire, the Thompsons had to keep ahead of the blaze, which was listed as just 1% contained early Thursday.

Authorities lifted the evacuation order Thursday for the 1,400 residents of Thayer, but thousands in other communities remained out of their homes. The Information Center for the Goodwin Fire warned that for the next couple days the fire had a “high spread potential … with southwest winds of 15-20 mph and gusts up to 30.”

Gov. Doug Ducey, who declared a state of emergency, visited the scene and met with responders Thursday.

The fire follows more than a week of record-setting high temperatures across much of the West. Phoenix set a string of daily records last week and reached 119 degrees one day. Temps have eased, but summer remains summer — this week’s daily highs have been a more seasonal 108 degrees.

The nation’s largest fire, the Brian Head Fire, has been burning for almost two weeks in southwestern Utah, 250 miles south of Salt Lake City. The fire had consumed more than 50,000 acres early Thursday and was 10% contained.

There was good news for some locals when the town manager in Brian Head announced that an evacuation order was scheduled to be lifted Friday — just in time for a holiday weekend celebration that won’t include fireworks.

Some area communities won’t be so lucky, but Brian Head Town Manager Bret Howser said power was restored and Internet and phone repairs were expected to be completed sometime Friday.

“We invite everybody to come share in our Independence Day celebrations, thank the brave firefighters, help our local businesses recover and see how beautiful Brian Head still is!” Howser said in a Facebook post.

The news was also brighter near Burbank, Calif., where scores of homes were ordered evacuated Wednesday ahead of a small but fierce wildfire. Firefighters quickly gained control of the blaze, and the evacuation order was lifted hours later.

While Wisconsin Governor Scott Walker and his fellow Republicans in the state Legislature, the U.S. Congress, republican governors other U.S. states, plus the president himself, continue to not blame human activities fueled by fossil fuel burning as the cause of the currently accelerating rates of global temperature rises, the record high rates of sea level rise, the acidifying of the planet’s oceans, along with the famine refuge causing droughts in Africa and the Middle East, and the historic melting of ice and snow at the poles and the relentlessly melting of mountainous glaciers, caused mostly by:

excavating, processing and transporting coal, natural gas, auto, truck and ship motor fuels, jet fuel, especially fuels derived from processing and delivering Alberta, Canada, tar sands) and many other human activities that result in large scale emissions of  greenhouse gas emissions: cement making, paving forests, meat production, poor waste disposal practices, sports competitions which require long distance travel by teams and fans and awards ceremonies, conventions and conferences that require people to travel long distances,  and buying products from long distance markets (requiring distance travel (i.e., not buying local, … the continuing of  what the global warming scientists determined to be the “business as usual” practices (above) is slowly but increasing getting worse and worse – with no end in site.  Today’s children and those yet to be born will curse us all for this. Mark my words.

Snow is now gone from most areas of the state, with the exception of the far north, where a few inches remain in wooded areas. Very strong winds this week have taken ice out of many lakes in the south, including Monona and Mendota, which tied its record for second earliest opening — nearly a month earlier than average.

The high winds and loss of snow cover have also led to an early spring wildfire season, with more than 30 acres burning this week, including one fire near Eau Claire that resulted in the evacuation of some homes, but was contained before it burned any structures….

(Above) A section of Wisconsin Highway 13 is washed out after heavy rains, south of Highbridge in Ashland, Wis., on July 12. Jeff Peters / AP

Climate scientists have been telling us for awhile now in Wisconsin to get ready for warmer, wetter weather. As things heat up, more water is evaporated into the atmosphere, more energy is added to the system, and you get more rain. Last month, the author’s of a new collaborative study involving climatologists at UCLA and mathematicians at the University of Wisconsin said, in a radio interview with WORT-FM’s Brian standing, who is the host of the station’s Monday morning 8 O’Clock Buzz show, that Wisconsin, as well  most other regions of the U.S., can expect much more rain as the atmosphere continues to warm directly resulting from rising greenhouse gas (GHGs) accumulations in the atmosphere over time, which are scientifically known to result from heavier rainfalls and more of them in the coming years, linked to the continuing buildup of human activity generated GHGs  (from coal and natural gas burning in power plants, homes, businesses, etc,; and petroleum product burning in automobiles, trucks, jet liners, etc.) in our atmosphere under today’s “business as usual” economic forecast.

Prior to this study, scientists had not predicted the actual accumulation of rain in predicted future storms, measuring instead the increasing strength of storms under continuing global warming with rising GHG accumulations in the atmosphere. Under this study, the authors said a 100-year flood in Wisconsin and most other regions of the U.S. would be more likely to occur in 50 years or less years unless we change our ways, and that the 100-year flood would have a significantly greater volume of total rainfall accumulation than previous years, which has important implications for infrastructure capacities and locating residential, community and business developments.

Hear interview and donate?) at WORT-FM.org.

All Things Environmental
Blog at WordPress.com.