Historic Showing of Global Warming and Its Causes and Effects This Wednesday Night, May 25, 2016, in Madison at the Barrymore Theatre

Unless things change really greatly, AND FAST!, and we all together put the brakes on our fossil-fuel-burning-dependent world economy, NOTHING ELSE WILL MATTER! Doing so will not only be for the better now, in 2016, but it will be far better for the sustainable living of Earth’s future populations, other animals, and all other forms of life.
The film “This Changes Everything” is a MUST SEE for all who care about making the right decisions now, and in the future, for the good of humanity.

The new Avi Lewis film will be screened at 7 p.m. tonight in the Barrymore Theater, 2090 Atwood Avenue. The film delivers a powerful message on climate change through the language of floods, storms and droughts. Sponsored by the Madison Institute, 350 Madison, Physicians for Social Responsibility and the Sierra Club.

Sadly, we are all now witnesses to the realization of global climate change, predicted by many dedicated global warming scientists over a number of years, as well as by other strong minded and conscientious individuals (some who are no longer with us). Those who dared to voice their concern about society’s almost mindless burning of fossil fuels in virtually all the economic sectors, especially for electricity, heating, transportation, and frivolous recreational pursuits, were systematically ridiculed, demonized or simply (and purposely) ignored (especially by the commercial and “right” wing media sources).

This occurred despite the overwhelming evidence that the concentration levels of greenhouses gases had been building up in the atmosphere (and the oceans) to unprecedented and dangerous volumes, according to the claims of the world’s most renown climate scientists following those statistics.  a direct result of humans burning fossil fuels in virtually all the economic sectors, the heavy energy use required to provide a meat-dominated consumer diet, plus the use of products made from distant locations, which require, therefore, require either very fossil fuel energy dependent (and heavily government subsidized) air travel, land (highway system also heavily subsidized and the building of upkeep of it is also a major greenhouse gas contributor as is its use, or sea travel.

Following the screening of the film, which will be beginning at 7:00 pm, there will be a discussion of local issues and planned action. Doors open at 6:30 pm for anyone interested in participating in per-screening discussions. 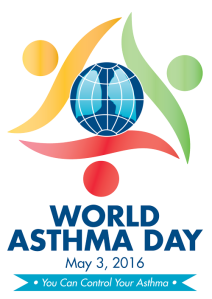 World Asthma Day is an annual event organized by the Global Initiative for Asthma (GINA) to improve asthma awareness and care around the world.

Asthma affects more than 26 million people in the United States, including one in 10 school-aged children. Asthma is the leading chronic disease in children. It is also the top reason for missed school days, according to the Center for Disease Control and Prevention.