12. Fossil Fuel Industry Should be Charged Crime for Lying to the Public and Government About Growing Threat to Humankind of Global Warming 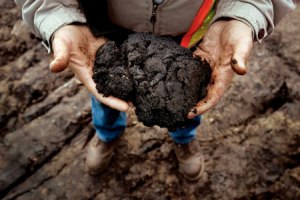 Revenues from coal, oil (oil from tar sands – above photo, or from wells) and natural gas sales have made millionaires a dime a dozen. But they know full well that they are selling a product to the public that is already ravaging our planet. Below is evidence that not only are they pulling the wool over the public’s eyes, they have also been trying to do the same to our state legislators.

COAL, OIL AND NATURAL GAS CEO’S OUGHT BE CHARGED WITH CRIMES

This is criminal, just like when the tobacco industry argued cigarettes weren’t harmful to anyone’s health even though they had studies that showed otherwise. The only difference this time is that the adverse effects from burning the fuels occur to essentially every living thing on the planet, plus to all those yet to be born. For example, the accumulations of the greenhouse gas carbon dioxide (CO2), which is the most abundant of the trace greenhouse gases in the atmosphere (aside from water vapor) has already reached a concentration level of 400 part per million (ppm) CO2 in the atmosphere. CO2 had not reached that high of level level iyn over three million years prior to today, a time when the ocean level was 60-80 feet higher on the shore than it is today a time that humans had not yet existed on Earth. The fossil industry are also aware that burning their product results in an increasing number of additional trace greenhouse gas emissions that contribute to a warmer, more volatile, planet.

So far the warming and catastrophic effects has not hit everyone equally on the planet. Living on the earth will, without a doubt, become a more dangerous and inhospitable place to live in the future.The faster our collective reduction in fossil and other fuel burning is, and the less the threat of rapid global warming will be.

By the way, just because we have had a spring so far that has been cooler than last year’s record warm sring in Wisconsin, it doesn’t mean it has also been cool in other spots around the planet. While Mother Nature was still giving the United States the cold shoulder during March, many other areas across the world experienced higher-than-average monthly temperatures according to the latest statistics from NOAA’s National Climatic Data Center. The average global temperature for March 2013 tied with 2006 as the 10th warmest March since record keeping began in 1880. It also marked the 37th consecutive March and 337th consecutive month with a global temperature above the 20th century average. The last below-average March temperature was March 1976, and the last below-average temperature for any month was February 1985.