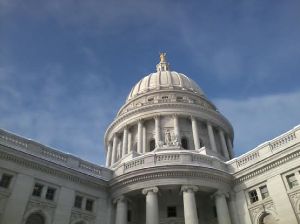 1. Climate Change from Global Warming Due to Rising Greenhouse Gas Concentrations in the Atmosphere;

2. Poverty, Including Not Enough Funds for Nutrition and a Tolerance of a Low Living Standard for Wisconsinites in Need;

6. The amount of acreage devoted to green space must be increased as much as possible.