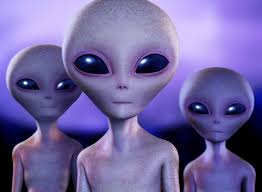 I never thought I’d have to make this post, 14 years into the 21st century. It’s been fourteen-years since I began saying it was all but certain rising concentration of the greenhouse gases, particularly carbon dioxide, will threaten life on our planet unless we take major and significant actions to reduce our annual emissions. It’s been virtually proven now, unfortunately.

It’s been fourteen years since I began warning my families, friends, community, co-workers, governmental representatives, church members, pastors, anyone who would listen. I also started writing newspaper editors, calling on state legislators, along with working in the local group “Preserve Our Climate”, and making phone calls on Wisconsin Public Radio talk shows, and occasionally National Public Radio, about the perils of global warming and climate change.

Yet the seem to be far too few folks, including members of Congress, most Wisconsin Legislators and Governor Walker, as well as most other countries outside the U.S., who are concerned enough about the injustices of passing on worsening climate change misery to future generations to act now to change things.

One would think that Wisconsin Public Radio (WPR) would have had the moral courage to listen to the many credible scientists it has had as guests on it’s radio talk shows over the last 14 years who were advocating for large scale greenhouse gas reductions. Instead, WPR continues to encourage their listeners to sign up for long distance WPR vacation travel trips, to Hawaii, Southern France, Germany and the like, which result in vast quantities of greenhouse gases being released to our atmosphere, over the objections of environmental advocates like myself who have been requesting they stop sponsoring such trips. It would be better if WPR instead encouraged their Wisconsin listeners to spend their vacation money in Wisconsin, not only reducing the negative impacts to the atmosphere, but also helping Wisconsin businesses prosper, rather than the foreign businesses catering to Wisconsin tourists.

Even worse, our State of Wisconsin plans to sponsor more business trips to Asia this August, going to Indonesia and Singapore, to lead to even more trips in the future by commercial airlines and shipping of goods. Even President Obama is encouraging the U.S. Congress to approve of fast-tracking the Trans Pacific Partnership treaty, which will encourage even more motorized travel to distant places.

Following are statements from experts “in the know” about the science, climate, physics and other fields they have excelled in those area which required solid understanding of the consequences of massive increases of greenhouse gas: