DeSmogBlog’s Steve Horn and Republic Report’s Lee Fang have co-written an in-depth report on the influence the government-industry revolving door has had on Big Oil’s ability to obtain four liquefied natural gas (LNG) export permits since 2012 from the Obama Administration. 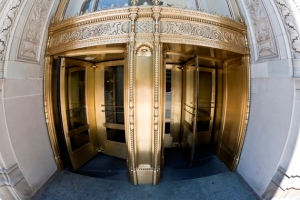 and on Republic Report serves as the launching pad of an ongoing investigation. It will act as the prelude of an extensive series of articles by both websites uncovering the LNG exports influence peddling machine.

The report not only exposes the lobbying apparatus that has successfully opened the door for LNG exports, but also the PR professionals paid to sell them to the U.S. public. It also exposes those who have gone through the “reverse revolving door,” moving from industry back to government and sometimes back again.