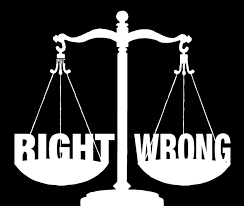 (From Wikipedia, the free encyclopedia)
The shooting of Michael Brown occurred on August 9, 2014, in Ferguson, Missouri, a suburb of St. Louis. Brown, an 18-year-old black man, was fatally shot by Darren Wilson, 28, a white police officer. The disputed circumstances of the shooting and the resultant protests and civil unrest received considerable attention in the United States and abroad, and have sparked debate about Use of Force Doctrine in Missouri.

Brown and his friend Dorian Johnson were walking down the middle of the street when Wilson drove up and told them to move to the sidewalk. Brown and Wilson struggled through the window of the police vehicle until Wilson’s gun was fired as a result of the struggle. Brown and Johnson then fled in different directions, with Wilson in pursuit of Brown. Wilson shot Brown six times, killing him. Witness reports differ as to whether and when Brown had his hands raised, and whether he was moving toward Wilson, when the final shots were fired.

The shooting sparked protests and unrest in Ferguson, in part due to the belief among many that Brown was surrendering, as well as longstanding racial tensions between the majority-black Ferguson community and the majority-white city government and police.[2] Protests, both peaceful and violent, along with vandalism and looting, continued for more than a week, resulting in night curfews. The response of area police agencies in dealing with the protests received significant criticism from the media and politicians. There were concerns over insensitivity, tactics and a militarized response. Missouri Governor Jay Nixon ordered local police organizations to cede much of their authority to the Missouri State Highway Patrol. Mainly peaceful protests continued for several weeks.

A few days after the shooting, the Ferguson Police Department released a video of a convenience store robbery that occurred only minutes before the shooting. It showed Brown taking cigarillos and shoving a store employee who tried to prevent him from leaving. The timing of the video release received criticism from some media, the Brown family, and some public officials, who viewed the release as an attempt to impeach Brown. Others said the video was informative as to Brown’s state of mind, with the shooting incident coming so shortly after the robbery. There is conflicting evidence as to whether Officer Wilson knew of Brown’s involvement in the robbery.[3][4]

The events surrounding the shooting were investigated by a county grand jury. In a press conference on November 24, 2014, the St. Louis County Prosecutor announced that the jury had decided not to indict Darren Wilson for his actions.[5] The Department of Justice is reviewing Ferguson Police Department’s internal investigations of use of force during the last four years.