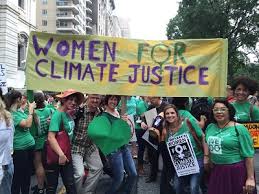 The following is taken from the Democracy Now! website, broadcast from Madison at 89.9 FM and over the Internet at: WORTFM.ORG Community Radio HD:

Today is “Gender Day” at the U.N. Climate Change Conference, a day that acknowledges the disproportionate impact of climate change on women, who make up 70 percent of the world’s poor. We hear from a panel of indigenous women from around the world who met off-site Monday to share their solutions to climate change. The event, hosted by the Women’s Earth and Climate Action Network, featured indigenous women leaders on the front lines of defending the Earth from exploitation by fossil fuel companies. Speakers included Patricia Gualinga, a Kichwa leader from Sarayaku, Ecuador, and her niece, Nina Gualinga. In 2012, the Sarayaku community won a case at the Inter-American Court of Human Rights against the Ecuadorean government after a foreign oil company was permitted to encroach on their land.

This is a rush transcript. Copy may not be in its final form.

AMY GOODMAN: Yes, today is Gender Day here at the U.N. climate summit, a day that acknowledges the disproportionate impact of climate change on women, who make up 70 percent of the world’s poor. Monday’s event was hosted by WECAN, Women’s Earth and Climate Action Network. The speakers were introduced by WECAN executive director Osprey Orielle Lake, as well as Amazon Watch USA program director Leila Salazar-Lopez.

LEILA SALAZAR-LOPEZ: Alicia Cahuiya Iteca, she’s the vice president of the Huaorani nationality from Ecuador.
ALICIA CAHUIYA ITECA: [translated] The Huaorani people lived in a better way in the past. Our water, our environment was clean. Now, with the oil companies that are working in our areas, they have ruined everything. They have polluted the rivers. The children’s skins are affected. They have different skin diseases. We cannot fish like we used to in the past in the rivers. We ate healthy fish, and now the fish is polluted. We just have a little bit of territory left for the future generations to not suffer the way we have. We have to continue fighting for those territories. That is the only thing we have left. If we didn’t fight—if we don’t fight for our territory like our ancestors did, then we wouldn’t be here speaking at this meeting.
LEILA SALAZAR-LOPEZ: Tantoo Cardinal, Native Canadian, from the tar sands region of Canada.
TANTOO CARDINAL: The government knew what was under the land in 1860. They knew that oil was there in 1860. So they took their time, and it was a long, long process. A part of that process—and this is not just for the tar sands, but for all resources, for taking us off the land—is that the children were taken away. And it was the law. If you didn’t give your children up, then you could go to jail, and your kids would be taken anyways. Some people hid their children. So, our ways, our traditions were kept underground, in secret. So, for generations, our language was outlawed. Our songs were outlawed. Our way of relationship with creator, with creative force, was outlawed. Our names were taken away.
SÔNIA GUAJAJARA: [translated] So, this is a traditional song from my people, and it’s basically saying, “I’m happy, we’re happy to be together.” And my name is Sônia Guajajara, and my people are from the state of Maranhão, which is in the Amazon in Brazil. And I’m here to bring the voice of indigenous women, in particular of Brazil, those who couldn’t be here with us, and all of them who would say the same thing, so that we could unite our voices, because the reality is that in many of the organizations, there is not a space for women and indigenous women to participate. And so, many times they feel suffocated for the words that they cannot say.
OSPREY ORIELLE LAKE: Casey Camp-Horinek, she’s from the Ponca Nation in Turtle Island, or the United States of America.
CASEY CAMP-HORINEK: We’re living in a very destructive area, where I am. We have ConocoPhillips. We have fracking. We have earthquakes as a result of that fracking. We have fish kills. We have cancer rates that are astronomical at this time. We have literal killings. They may not be coming after us with their bayonets and their rifles, but they’re coming at us with nuclear waste, they’re coming at us with fracking, they’re coming at us with pipelines that are carrying that filth from the tar sands, where they’re killing my relatives up there. And they’re bringing it to you.
OSPREY ORIELLE LAKE: Nina Gualinga, and she is a Kichwa youth leader from the Sarayaku people.
NINA GUALINGA: I grew up in a beautiful place in the rainforest of Ecuador, in Sarayaku. I don’t have words to describe my childhood, but it was beautiful. I cannot ask for anything else. When I was about seven years old, maybe eight, this representative of an oil company called CGC came to Sarayaku. It was Argentinian oil company. And I did not speak Spanish, but I saw that my elders, my mother and all the people in Sarayaku were worried, and there was tension. I did not know what was going on. And I asked my mother, “What is going on?” because everyone had gathered in this place we call Plaza to talk about what was happening. And all the children were playing outside, but I sat down beside my mother, and I asked her to translate for me. That was the first time I feared for—that my land and the life that I knew was going to be destroyed.
OSPREY ORIELLE LAKE: Patricia Gualinga, she is an indigenous Kichwa leader from the Sarayaku people in Ecuador.
PATRICIA GUALINGA: [translated] The destruction of nature is the destruction of our own energy and of our own existence here on Earth. And the destruction of our spaces is the destruction of indigenous populations. And even though you might not believe this, this is your destruction, as well.
AMY GOODMAN: Patricia Gualinga is Kichwa leader from Sarayaku, Ecuador. You’ve just heard some of the voices at this remarkable event called “Women Leading Solutions on the Frontlines of Climate Change,” hosted by WECAN, Women’s Earth and Climate Action Network. This is Democracy Now!, democracynow.org, The War and Peace Report. It is Gender Day here at the United Nations climate summit. 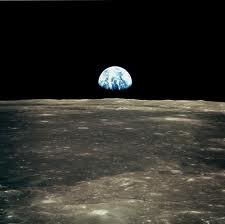