Why Have Our Commercial and Public Media (TV, Radio, Newspapers, Magazines, Online Sources) and Officials in Federal and State Government in the United States Not Sounded the ALARM Yet on Continued Global Warming and Climate Change? 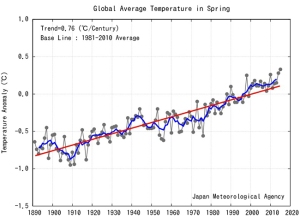 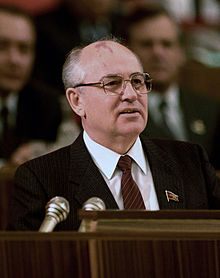 The following is a summary of a 2008 international conference entitled: “ENVIRONMENT: FROM GLOBAL WARNINGS TO MEDIA ALERT” that was held October 10 and 11, 2008, in Venice, Italy. The purpose of the conference was to challenge the international media to improve public understanding of the impact of climate change. Journalists and news executives from 29 countries representing six continents attended the conference which was held by the international World Political Forum (WPF).

Unfortunately, now almost five years after this conference was held, commercial and corporation funded TV and radio media in these United States continue to purposefully ignore said challenge by not sounding the alarm on the global warming world catastrophe in the making, as do many U.S. publicly elected government officials in federal and state government, leaving the at large public in the U.S. as confused as ever over whether human activities such as fossil fuel burning: in power plants that produce electricity; in home and business heating (natural gas; oil; propane; electric baseboard); in motor vehicle travel and product shipping, via trucks, ships, pipelines (fueling lift stations), in airplanes and in trains; and in cement making and paving the landscape (fuel burning in earth moving equipment).  Another significant contributor to the growing global warming crisis is continued deforestation, worldwide, and especially the deforestation of the tropics, where previously large reductions in of carbon dioxide (CO2) were being taken out of the air by the vegetation there – through the process of photosynthesis. Less green vegetation on Earth means increasing buildup of CO2 in the atmosphere and oceans, adding to warmer global temperatures.  Methane gas (unburned natural gas) that is released from oil wells, livestock, and rotting biological matter (permafrost thawing) compound the problem that is resulting in what the scientific community has called “a potentially very dangerous situation for all humanity and life on Earth and lasting far into the future. Reason is that many positive (lead to more warming) feedbacks . One such warming feedback is the loss of Earth’s albedo, where a reduction in the area of snow-covered land, ice caps, glaciers or sea ice has a compounding effect on the initial warming.  As the loss of “white” snow and ice cover (the albedo) continues, the amount of solar energy absorbed by the ocean increases, leading to more warming, which reduces the albedo on the planet even more, which causes more warming, and so on. A small amount of snow melt exposes darker ground which absorbs more radiation, leading to more snowmelt.

The effect is most vividly demonstrated by the decline in Arctic sea ice in recent decades.

As humans are continuing to do things that add more heat-trapping greenhouse gases (GHGs) to the Earth’s atmosphere, the result is that climates all around Earth have been measurably and significantly changing, mostly to the detriment of humans and animal life.

The global warming that has already taken place has caused Earth’s ocean levels to rise – due to thermal expansion from increasing water temperatures and from melting glaciers on Greenland, Antarctica, and Earth’s numerous mountain ranges.

Ocean water acidification has already taken place (a 33% increase) which has already lead to significant environmental, economic, and social cost. These effects of  expected to continue unabated which is expected to worsen in time, with projected increases in monetary losses, damage, and loss of human and animal life due to worse and worse “natural” disasters.

As examples of recent catastrophes suspected to have been made worse as a likely direct consequence of rising average global temperatures (global warming): in 2015 heat waves in India and Pakistan killed 1,400 and 2,500 people; in 2013, the thirtieth named storm of the 2013 Pacific typhoon season, Typhoon Haiyan — known as Typhoon Yolanda in the Philippines – with an estimated one-minute sustained winds of 315 km/h (196 mph; 170 kn), making the typhoon the strongest tropical cyclone ever observed based on one-minute sustained wind speed and the deadliest typhoon hitting the Philippines in recorded modern history, killing 6,300 people in that country alone (dozens of fatalities from the storm were also reported in Taiwan, China and Vietnam) and according to United Nation’s officials, about 11 million people were adversely impacted by the storm with many left homeless and an economic cost in the billions of dollars; in 2012, Hurricane Sandy, which remains the largest Atlantic hurricane on record (as measured by diameter, with winds spanning 1,100 miles (1,800 km)) is estimated to have caused monetary damages of over $68 billion and killed at least 233 people along its path on the eastern U S. seaboard including New Jersey and New York; and in 2005, Hurricane Katrina, the fifth hurricane of the 2005 Atlantic hurricane season, was not only the costliest “natural” disaster in the history of the United States. Total property damage from Hurricane Katrina was estimated at $108 billion; the hurricane and subsequent flooding took 1,833 human lives and an undetermined number of domesticated and wild animal lives.

Yet today, incredibly – almost six years later – there remain deniers of human-caused global warming and climate change, including our State of Wisconsin’s own U.S. Senator Ron Johnson, as well as announced U.S. presidential candidate and our current governor, Scott Walker, who continue to spread the false message that Earth’s climates have not been shown to have changed as a result of human activities, to the delight of corporations that are financially benefiting from continued and more fossil fuel burning, which releases carbon dioxide gas, the most abundant of the greenhouse gases, which compounds from year to year in the atmosphere and Earth’s oceans, leading to monumental negative consequences for humanity and other life forms on Earth.

WPF’s President Mikhail Gorbachev, the eighth and last leader of the Soviet Union and General Secretary of the Communist Party of the Soviet Union from 1985 until 1991 when the party was dissolved, chaired the conference at which participants reached a consensus that the problem of climate change is “URGENT”.

“Time is running out,” Mr. Gorbachev said in his closing remarks. “The most efficient way to tackle the urgent environmental problems facing our planet is transparency, in which the media have a vital role to play. This means global glasnost.”

Climate experts and media delegates approved a declaration calling for higher standards of reporting on strategic options to avert irreversible damage to the Earth’s eco-systems.

Stressing the importance of well-informed public opinion, the declaration set out the following main recommendations:

– The media have the central role in ensuring that politicians, corporations, non-governmental organisations and scientists keep the general public informed about the latest facts and policy options regarding climate change. Civil society formation and action are essential components in deliberation on this issue.

– Journalists have a responsibility to improve their knowledge and skills in order to be able effectively to question government policy-makers, to distinguish facts from opinion or advocacy, and to evaluate scientific arguments from an independent viewpoint.

– Journalists and civil society should redouble their efforts to combat restrictive measures by governments on journalists reporting on their deficiencies in fighting environmental degradation or in informing the public about the dangers of climate change.

– Journalists should avail themselves of existing international databanks of validated statistics and scientific research on climate change.

– Scientists need to acquire improved communications skills to explain their findings in accessible terms and to build relationships of trust with the media.

– Media proprietors should be prepared to invest more resources in investigative reporting to allow specialist journalists to carry out serious and objective coverage of complex issues, based on a thorough understanding of good science.

– Editors should provide more space for in-depth treatment of environmental issues, not just on-line but in print and on air, and encourage innovative approaches that will grab the attention of the audience in a responsible, independent and non-sensational manner.

– Journalism training organisations should develop ever more sophisticated exercises to improve reporters’ skills in explaining complex scientific arguments. An international network should be created to share information about the availability of training courses and the development of new training models.

The Conference concluded on a positive note, declaring: “There is, however, cause for optimism if we act now. Numerous positive solutions to the global environmental change proposed by science and made possible by innovations in technology, the potential inherent in global civil society organization and by citizens’ groups everywhere in the world; and contributions from socially responsible business leaders can make it possible for us to provide for a decent and full life for all, and for generations to come, within the limits of our planet’s resources.”