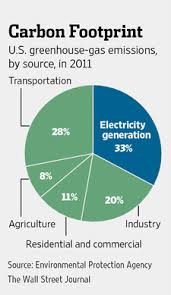 President Obama formally unveiled his plan to cut power plant emissions on Monday — some two years in the making — calling it the “single most important step that America has ever made in the fight against global climate change.”

Speaking at the White House, the president said the plan includes the first-ever Environmental Protection Agency standards on carbon pollution from U.S. power plants. Over the next few years, each state will have the chance to create its own plan, he said, adding: “We’ll reward the states that take action sooner.”

Toward the end of his remarks, Obama cited other environmental issues, such as combating acid rain, where efforts have been successful even though it seemed hard at the time.

“We can figure this stuff out, as long as we’re not lazy about it,” he said.

The president compared the requirement of cutting carbon emissions by 32 percent to taking 166 million cars off the road.

In a new push to confront climate change, President Obama is announcing new standards that would cut the amount of carbon pollution produced by America’s power plants.

“These are the first-ever national standards that address carbon pollution from power plants,” according to the Environmental Protection Agency, which adds that power plants are the largest source of carbon pollution in the U.S., generating 32 percent of the total emissions.

Key elements of the Clean Power Plan include a requirement that would cut the power industry’s carbon pollution by 32 percent below 2005 levels in the next 15 years. The plan also seeks to boost renewable energy.

The White House says that between now and 2015, the changes will mean better health for Americans — preventing up to 3,600 premature deaths — along with bringing energy savings for U.S. consumers.

President Obama’s sweeping new power plant regulations are thrusting the debate over climate change into the race for the White House.

To Democrats, rallying around global climate change is a way to energize liberal supporters and paint Republicans as out of touch. To Republicans, Obama’s actions to curb greenhouse gas emissions are burdensome to business and block job creation.

Most of the changes Obama outlined would have to be implemented by the next president, if the rules survive court challenges.

Republicans cast the measure requiring states to cut carbon dioxide emissions by 32 percent by 2030 as unnecessary and costly.

The Obama administration itself estimated the emissions limits will cost $8.4 billion annually by 2030, though the actual price isn’t clear.

Hillary Clinton called the measure a “significant step forward” and said she would defend it if elected president. Her Democratic challengers were similarly supportive.

A Washington Post/ABC News poll conducted in March showed 59 percent of Americans said they’d like the next president to be someone who favors government action to address climate change, while 31 percent would prefer someone who opposes it.

BY JULIE PACE, THE ASSOCIATED PRESS