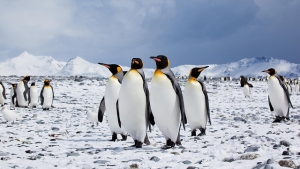 Penn State climate scientist David Pollard, along with University of Massachusetts–Amherst professor Robert DeConto, in their latest climate change report, published by Climate Central, “Antarctica at Risk of Runaway Melting, Scientists Discover”, addressing rising sea levels, predict that, without major reductions of greenhouse gases BY EVERYBODY, ocean levels impacting the U.S. are expected to increase up to 6 feet in elevation by 2100! Antarctic melting is predicted to be the main cause of the rise in ocean levels that are expected to impact the U.S..

Climate Central is an independent organization of leading scientists and journalists researching and reporting the facts about the changing climate and its impact on the public.